Wow, I’m sorry I haven’t posted for almost a month, I’ve just been so busy! Anyways Valentines Day was a few days ago on Sunday so Hazel and I threw a little party for all of our friends in our dorm. Sadly, Sam couldn’t come because she’s been visiting family in Scotland. The party was still tons of fun though. Evie even let Isabelle wear one of her old costumes that she wore for a play set in the 50s. Since the costume was mostly pink it looked perfect for Valentines! So of course, I had to get some photos of her.

Isn’t the costume so cute? Izzy also paired it with a vintage watch and purse but she said the purse was being a pain so she only wore it for a few photos. 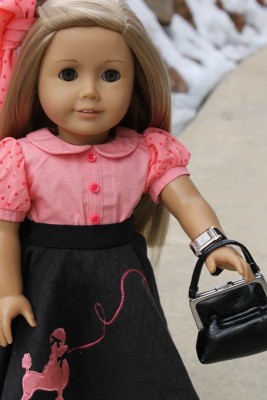 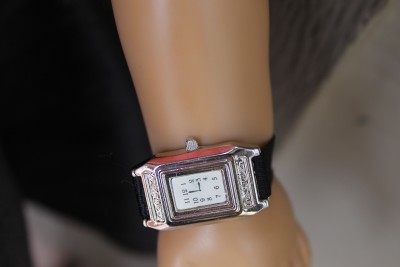 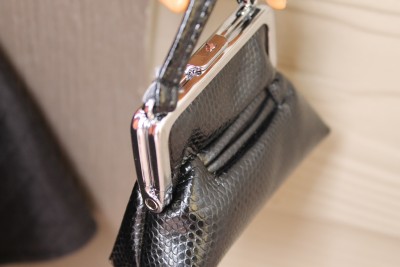 And of course some close ups of the watch and the purse. 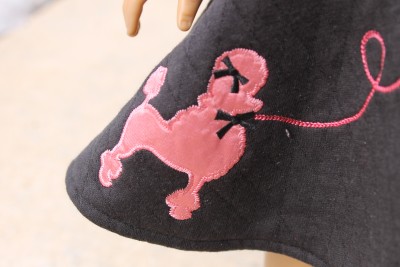 I also love the details on the skirt. The poodle is adorable!

Of course Izzy had to find some way to make this costume her own so she bunched up the socks. It doesn’t make too much of a difference but Izzy liked it better than having the socks pulled up like they were supposed to be.

Anyways the whole costume is from American Girl. Evie was telling us that when she does a play most of their costumes come from there as well because not only does American Girl have a wide selection of everyday outfits, but they have lots of costumes and vintage ones too. I must say, this costume is one of my new favorites from AMerican Girl. Maybe I’ll have to steal it from Evie one day, too.